This website contains adult material and is only suitable for those 19 years or older. Click Enter only if you are at least 19 years of age.

Your cart is empty

What are Cannabis Terpenes?

Terpenes are basically the essential oils secreted by a plant giving it a distinct character and are naturally secreted in the same glands in the cannabis flower that produce cannabinoids, such as THC or CBD. Terpenes are the building blocks of a plant’s smell and taste, or aroma and flavour, and play an important role in reported effects, especially when differentiating between various cannabis cultivars.

Cannabinoids were not the only compounds discovered in cannabis for healing, terpenes play an important role as well as in addition to stimulating the senses, terpenes interact with our bodies to create various physical and cerebral effects. A theory known as "the entourage effect" explains how whole plant ingredients, including the diverse combinations of cannabinoid and terpene compounds, work better together, than individually on their own, to enhance the therapeutic benefits of cannabis.

With over 100 known terpenes in the cannabis world, some important terpenes include: 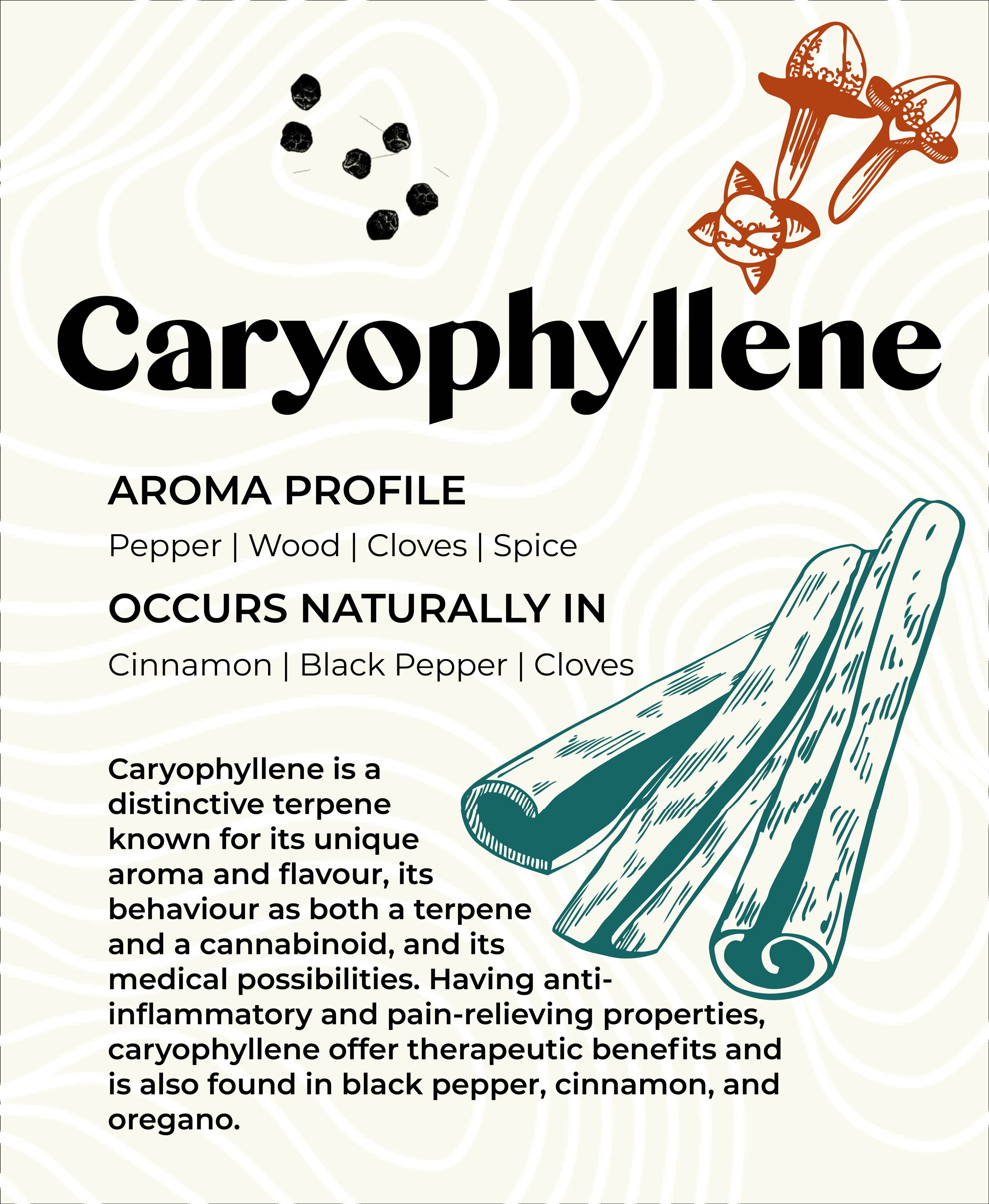 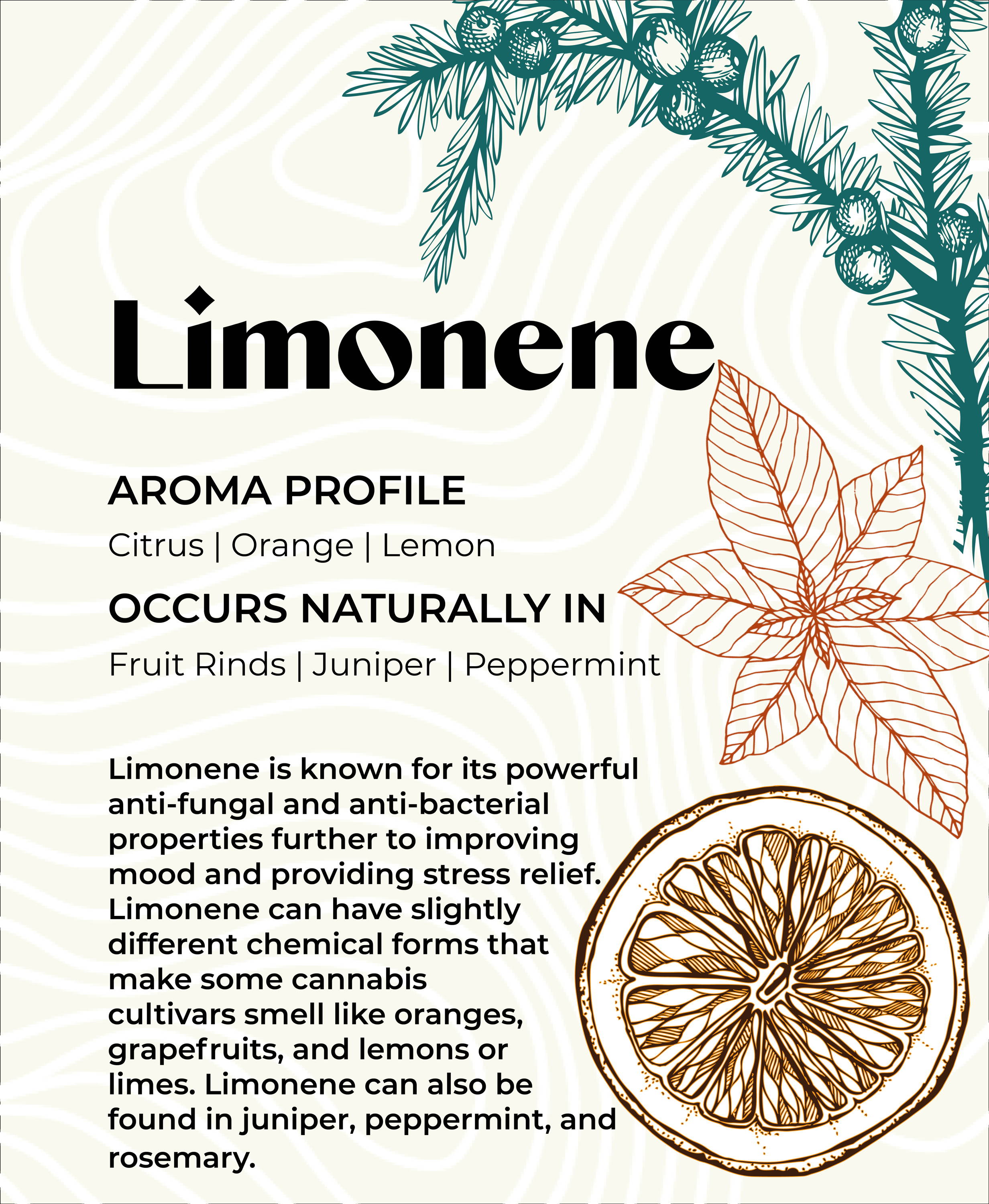 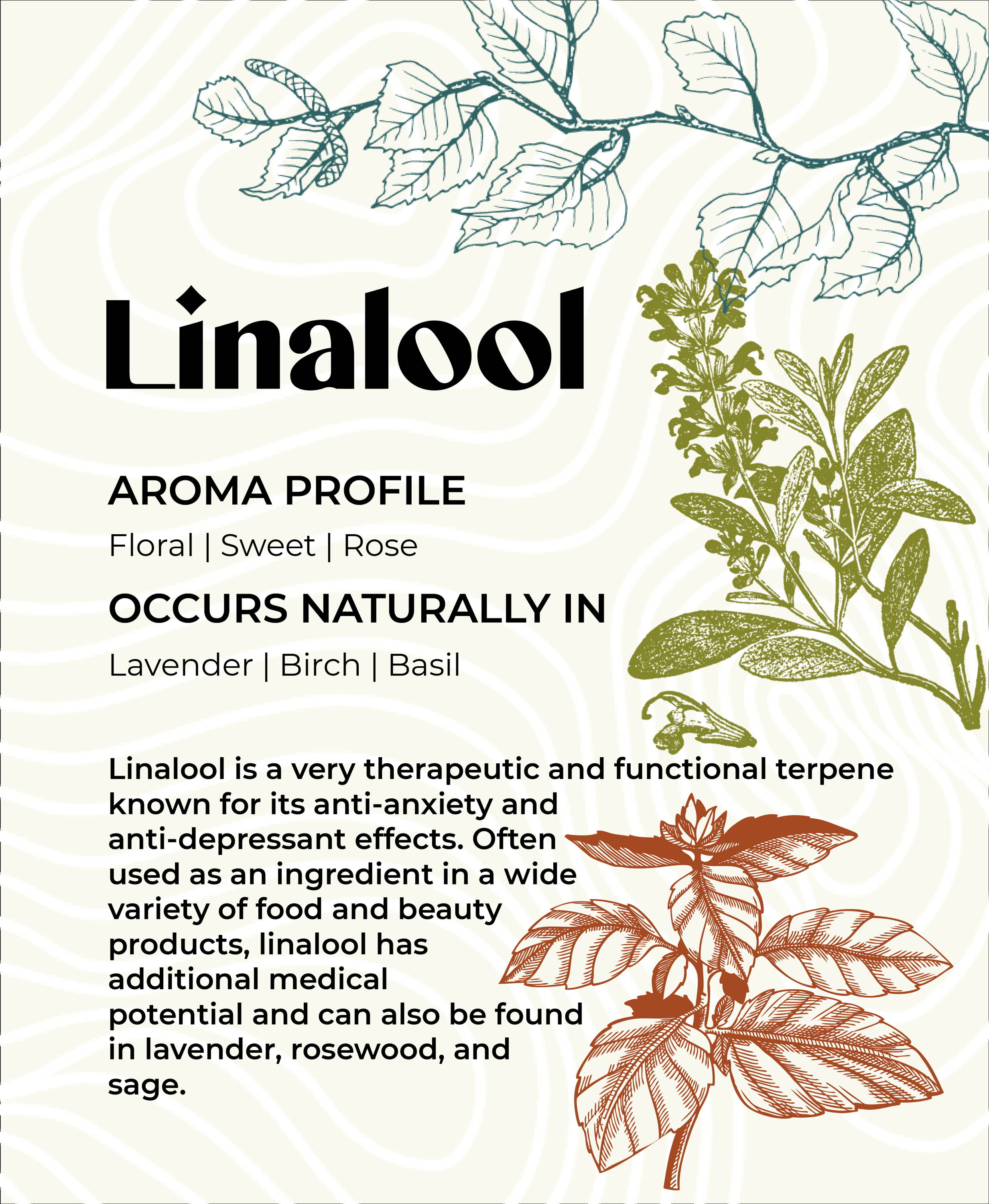 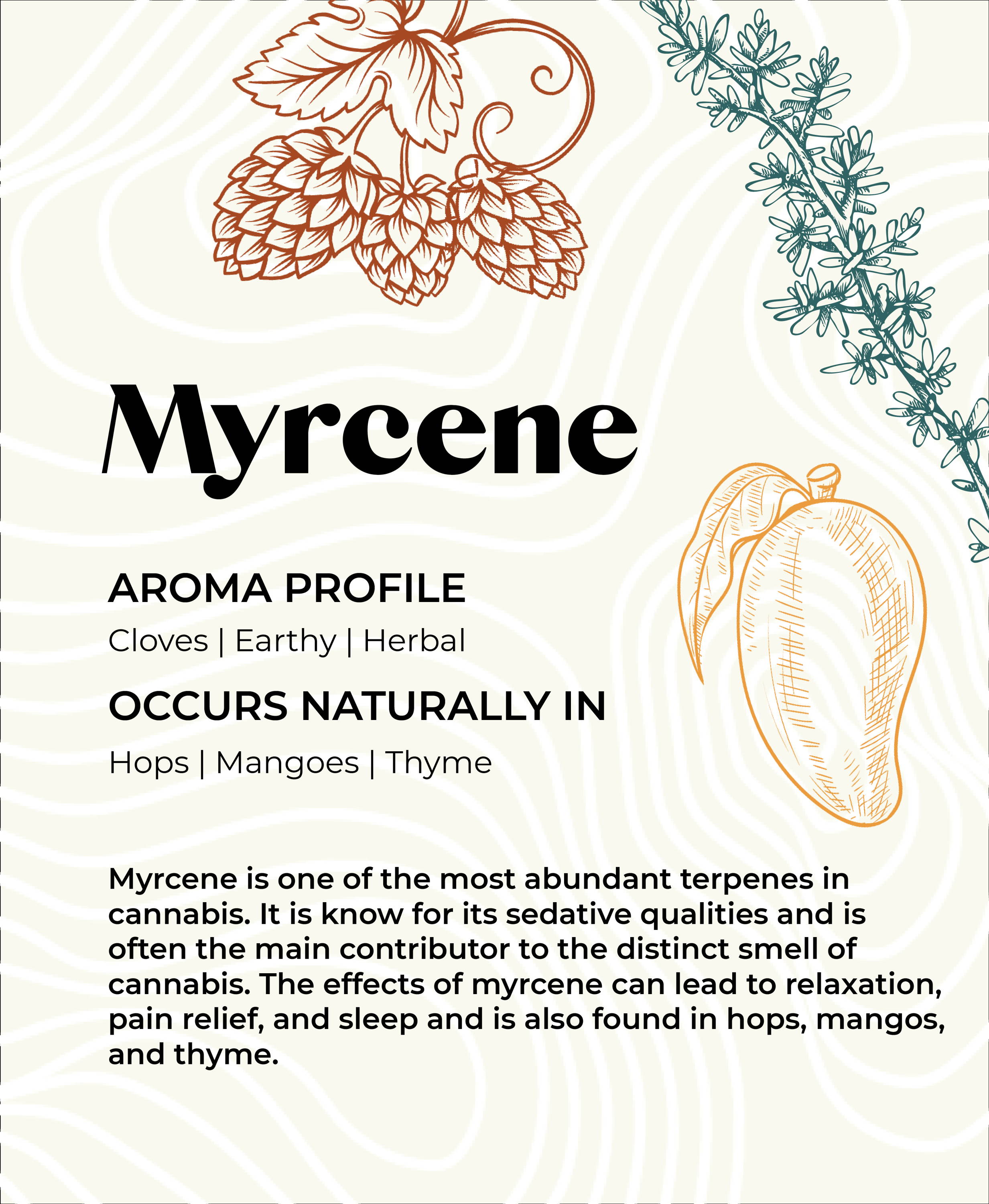 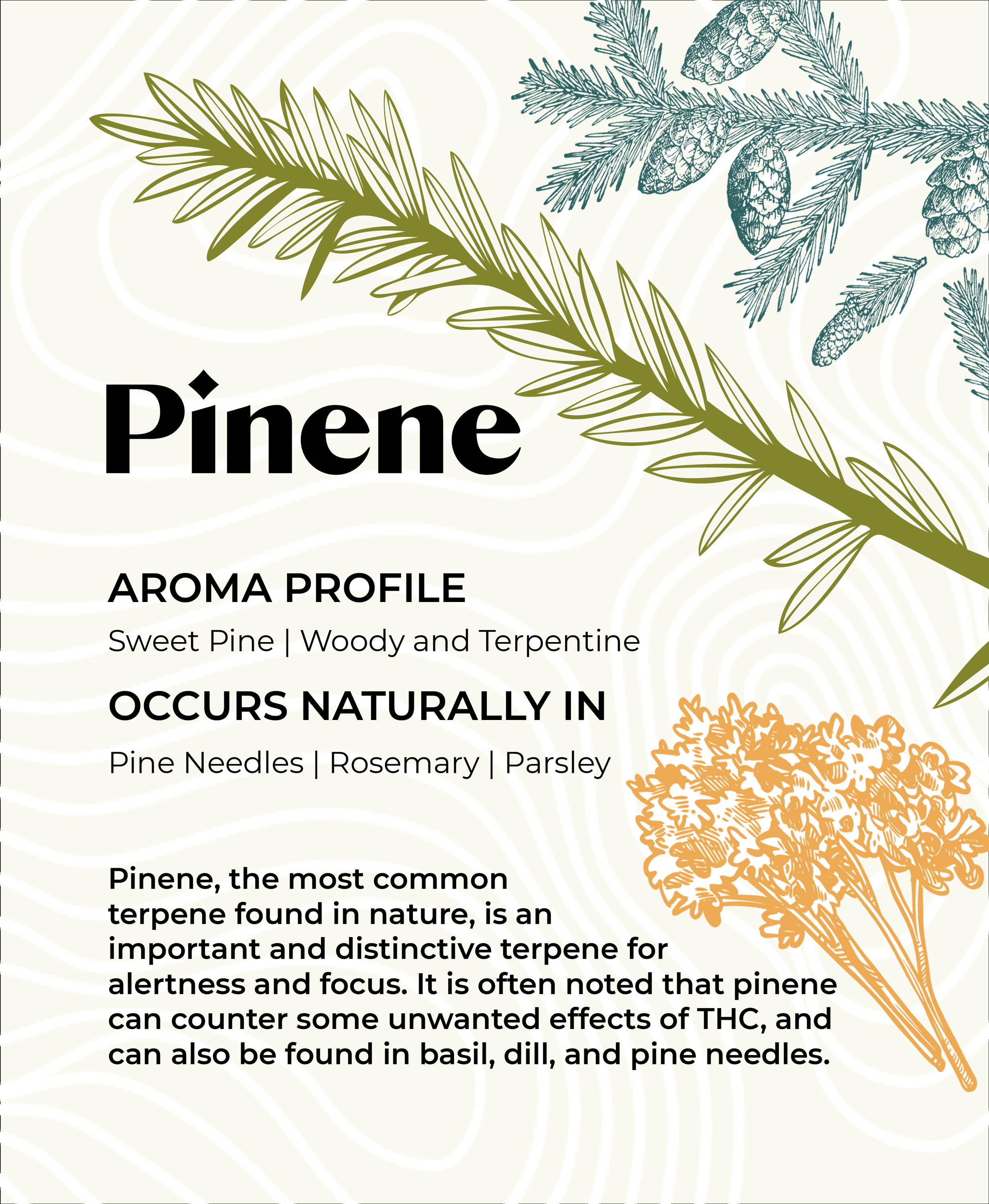 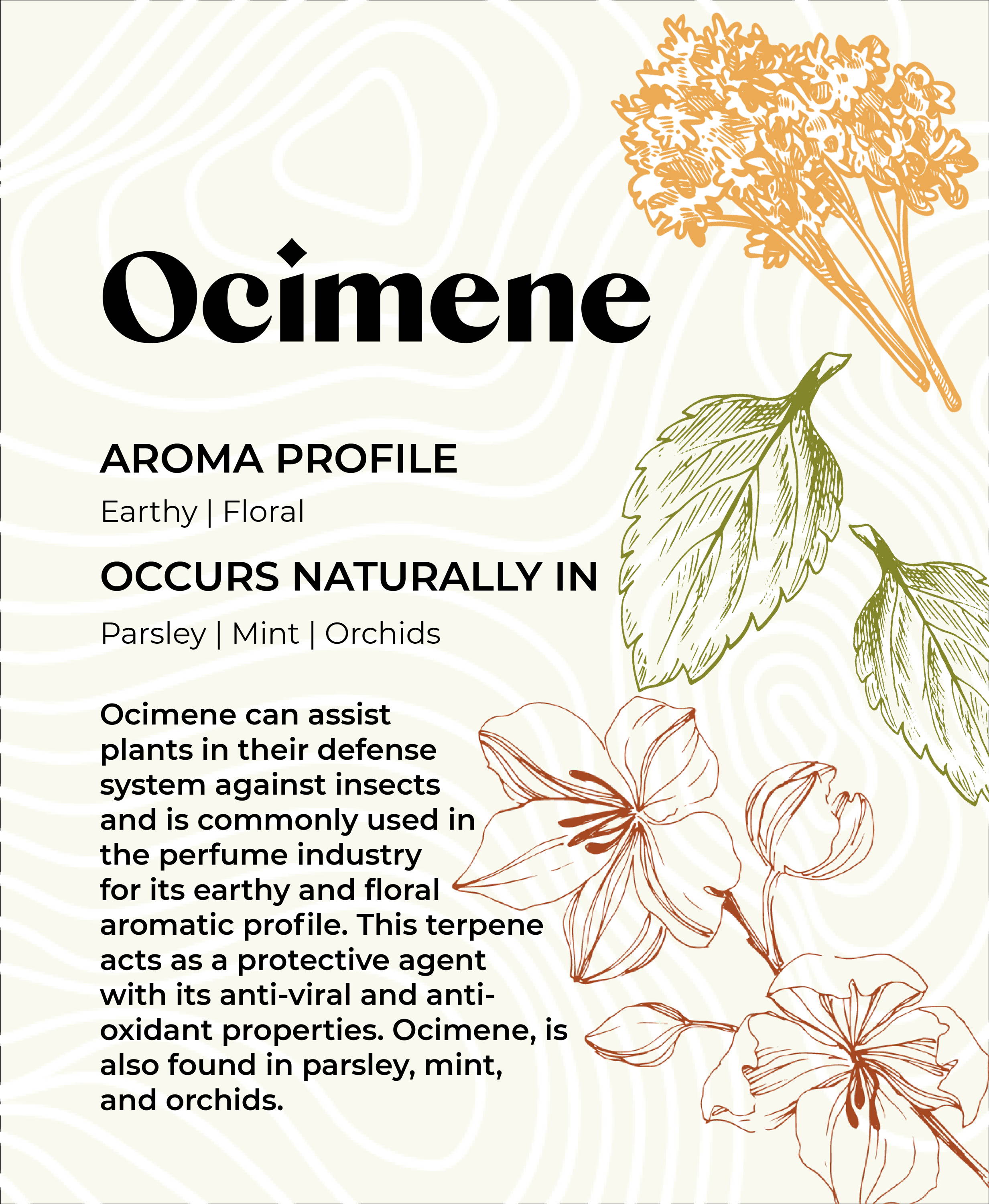 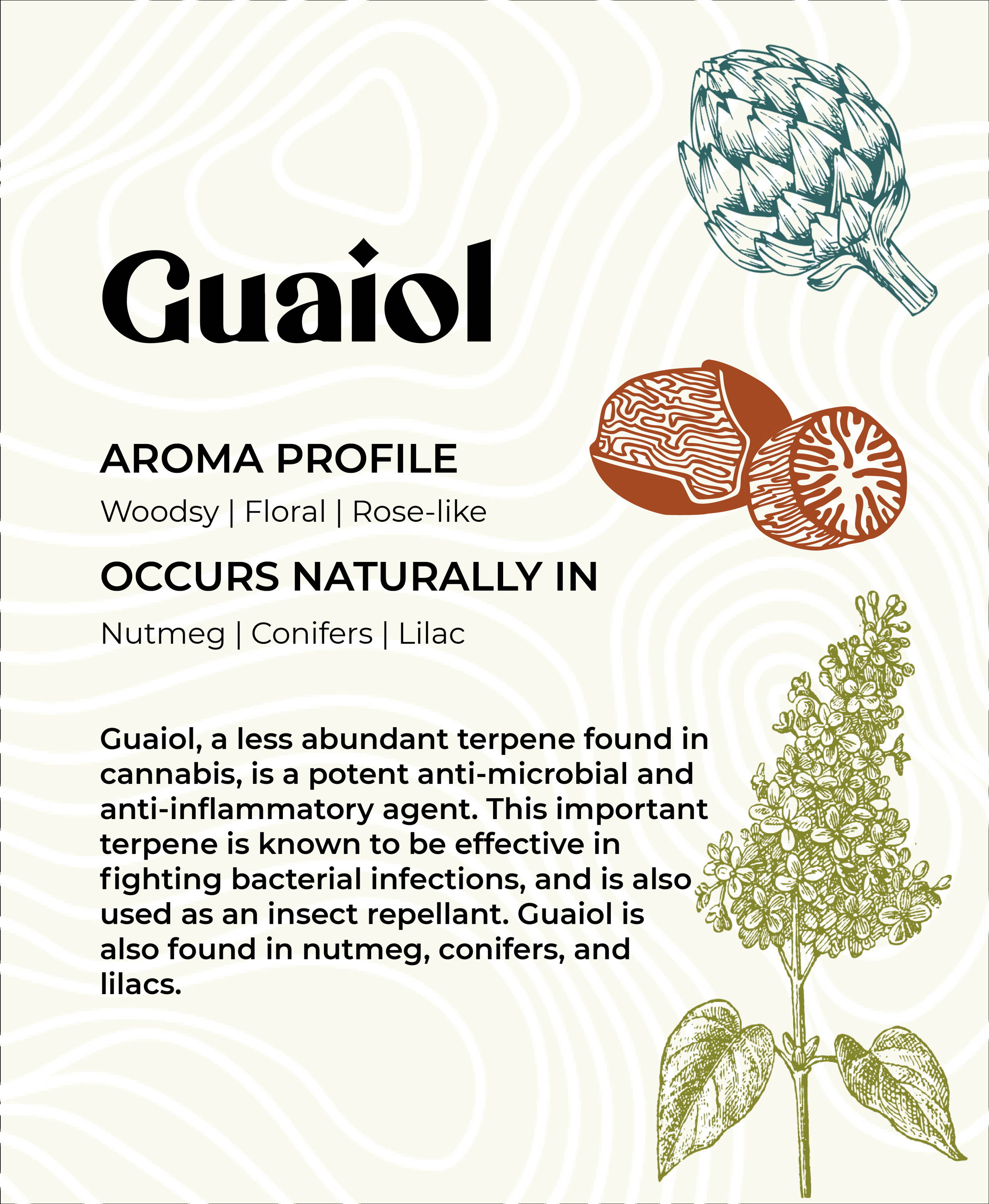 Back to What's Happening in Our Community